Posted at 17:01h in News by Jessica Harris
Share

Did you know that 91% of plastic is NOT recycled?

Plastic pollution has been a problem for many years. Since plastic was invented in the 1950s, it has been mass-produced at extreme rates. As of 2019, there has been 8.3 billion metric tons of plastic produced.

Of this number, 6.3 billion metric tons have become plastic waste. 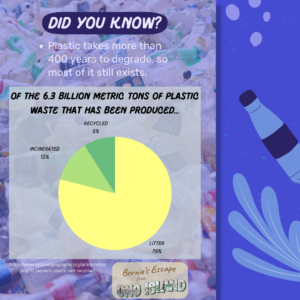 Most of the plastic litter ends up in the oceans. This has caused scientists to predict that by the mid-century, the oceans will have more plastic than it has fish.

Plastic manufacturing has doubled about every 15 years, and about half of all plastic that is manufactured becomes trash in less than a year. 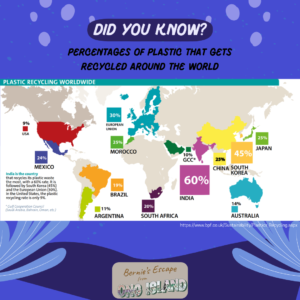 Plastic recycling in the U.S. has remained at only nine percent since 2012.

“We as a society need to consider whether it’s worth trading off some convenience for a clean, healthy environment,” Roland Geyer, lead author of a study posted in the peer-reviewed journal Science Advances, says. “For some products that are very problematic in the environment, maybe we think about using different materials. Or phasing them out.”